Watch the latest interviews, stories and clips from the Telethon journey so far. 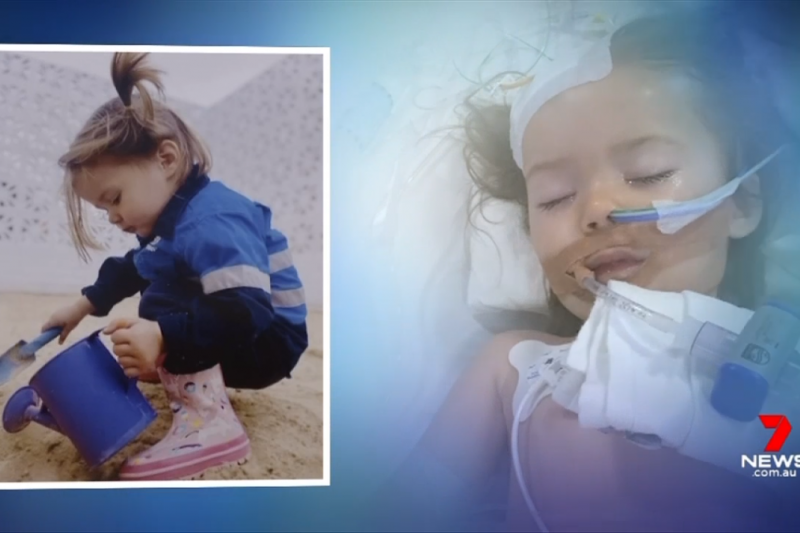 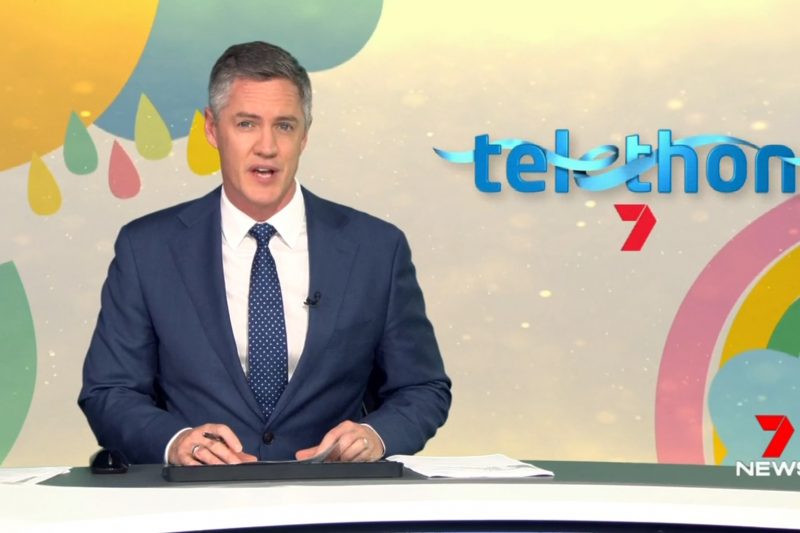 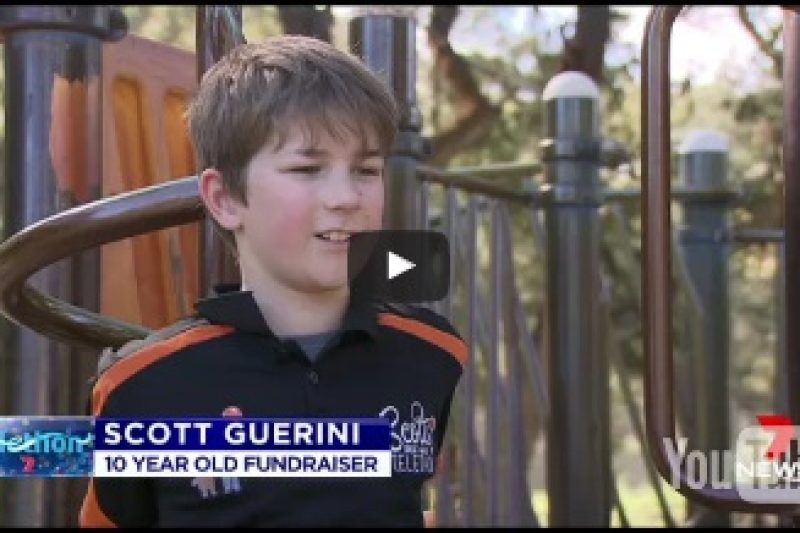 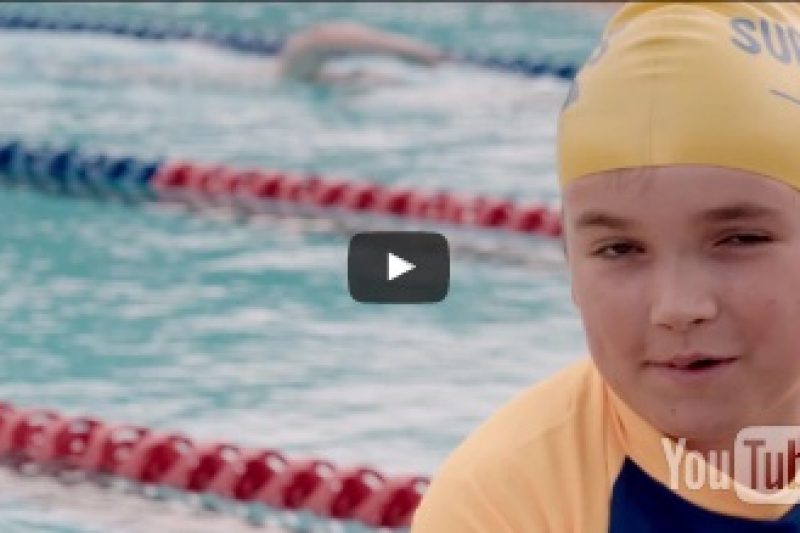 Hunter and his family are supported in many ways by Downs Syndrome WA.

Alexis isn't expected to have a very long life. Hannah's House is there to support her and her family.

Alice tells her story of how Superfins has impacted her life. As shown during the Telethon 2020 Broadcast.

We're counting down to this year's Telethon broadcast that'll be live across WA from 8pm on Saturday.

Meningococcal disease has taken so much from little Robbie Buchan, but not his spirit. Now 6 years old, we have struck down by the deadly disease just after his first birthday. It ravaged his limbs so badly, they had to be amputated. He was very lucky to even survive.

But now, new, groundbreaking research funded by Telethon is paving the way to stop meningococcal in its tracks.

This ride was on the back of Matt winning the WA State Long Course Triathlon Championships on Saturday 17th October. Matt has won this race for three years in a row.

Matt's results were exceptional as he beat Olympian Ryan Baillie by 15 minutes, and was a minute shy of the course record.

Matt said “Supporting a West Australian community charity is close to every West Australian. In some way we are directly or indirectly impacted by the support Telethon has offered to the community for years so it’s just an opportunity to give a very small part back.

“Awareness is not gathered by the number of kilometres I ride but by the way in which the effort resonates amongst the community. What I am doing is not near the effort many young West Australians are faced with in the early stages of their life, but it is an effort to show that the wider community care.

“Giving money to telethon is what generates activity but raising awareness is what creates legacy, a legacy I am proud to be part of.

“More personally, the Children’s hospital (then PMH) assisted me with support throughout my childhood so now I am using the channels I can (sport) to show support in return.”

Born and bred in Perth, and growing up in Swan View, Matt spend most of his youth focussing on AFL and cricket. Triathlon was a late introduction yet a heavily motivated change once discovering the multi-discipline approach.

2011 and 2012 mark memorable periods. Matt won Age Group (18-24) Ironman World Championships in Kona, Hawaii, arguably to most contended Ironman race in the world.
Since 2013, dedication and success has continued, he attained Professional Triathlon Australia, Ironman and Challenge branded licenses. Since attaining a professional license and qualifying for Kona as a professional in Busselton 2019, Matt's goals have been amplified and will continue to with focus firmly set on winning Kona and becoming World Champion.

Matt's Ironman Personal Best of 7 hours 55 minutes (Ironman WA 2019) and a Half Distance PB of 3 hours 42 minutes (Challenge Malaysia 2018) are some of the fastest times recorded in history let alone for a West Aussie.

Something a little more remarkable about Matt is that he is self-coached, something which is unprecedented in the long distance triathlon community, let alone at the elite level.

Thanks to funding from Telethon, Telethon Kids Researchers are capturing babies’ breath in a bid to prevent long-term lung health complications in babies born prematurely.

Researchers have captured the breath of preterm babies as well as healthy babies aged 12-18 months old over a period of 3 years. They developed a non-evasive way to capture the baby’s exhaled breath condensate – even in very preterm babies where it was previously not thought possible to capture enough vapour from their little lungs for analysis.

After analysing the samples in the lab, they have been able to pin point symptoms like inflammation and oxidative stress – all indicators for lung disease in these preterm babies – as well determine the disease severity. This early diagnosis tool is paving way for better monitoring, earlier interventions and ultimately better outcomes for preterm babies.

Babies worldwide could have access to life-saving influenza vaccinations from just eight weeks of age thanks to researchers at Telethon Kids Institute and the generous support of the Telethon community.

The first step in the Institute’s bold influenza research program, the FluBub Study launched this week will pave the way for a greater ambition – to develop a single flu injection that would cover against all strains of the disease, for life.

Associate Professor Chris Blyth, Co-Director of the Wesfarmers Centre of Vaccines and Infectious Diseases, based at Telethon Kids Institute, says data from this first study will play an essential role in helping to understand how the immune system responds to its first exposure to flu proteins, either through a vaccine or the infection.

“Young babies are the greatest risk of flu and its complications because the first exposure to the virus is often the most severe, striking when the immune system is still developing strength,” say A/Prof Blyth.

“While we know a flu vaccine in pregnancy passes protection from the mother to her newborn, this starts to wain from as early as two months of age, leaving babies at risk of flu and its complications when they are most vulnerable.

“The FluBub Study will investigate giving flu vaccine at two months of age instead of the current six months as per National Immunisation Program, allowing us to establish how immunological protection is generated and the potential advantages of early-life vaccination.

“From there, we will apply cutting-edge systems vaccinology approaches that will provide us with the key to truly unlock the secrets of flu immunity and inform future vaccine development,” says A/Prof Blyth.

The study is being guided by world-renowned vaccinology expert Professor Tobias Kollmann, who led the charge for Telethon Kids Institute to become the southern hemisphere’s only hub for the Human Vaccines Project – decoding the human immune system to enable people to live healthier, longer lives.

This ground-breaking research was made possible thanks to attendees at the 2019 Telethon Lexus Ball, who donated to support the Institute’s influenza research program after being inspired by the heart-breaking story shared by the DeLuis family.

Their two-year-old daughter Lucy sadly lost her life 12 months ago – just five days after being diagnosed with influenza – and her family are now dedicated to supporting research that will develop more effective weapons against the disease.

Researchers are looking for 150 WA mums and their babies to take part in the FluBub Study, with mothers aged 25 to 35 years invited to participate.

Visit the FluBub Study page on the Wesfarmers Centre of Vaccines and Infectious Disease website for more information, or email flububstudy@telethonkids.org.au to register your interest.

A message to the people of WA

For over 50 years Telethon has been successful due to strength and unity of the WA community.

New, when times are tough for all West Australians, our kids have a special message for you.

Click on Fat Cat to check out some simple tips for you and your kids to help prevent the spread of viruses.

Callum was diagnosed with Stage 4 Neuroblastoma, an aggressive childhood cancer at the age of 7 months. Around 6 months old, Callum’s behaviour started to change, he was always crying and wanting to be held, and was no longer laughing or happy. He lost the ability to sit up on his own despite the fact he was originally sitting up at 5 months unassisted. On May 6, 2008 Callum was diagnosed with Neuroblastoma Stage 4. The scans of his body showed he was riddled with tumours. His parents we were told he would be lucky to live the week.

Tests were conducted to see whether Callum’s body could handle treatment. Amazingly, his little body was deemed strong enough and 3 days later Callum started chemotherapy. Callum’s treatment continued over the next couple of years and included many more rounds of chemotherapy, biopsies, lumbar punctures, stem cell treatment, radiation, countless x-rays, scans ultrasounds and blood tests, a nasal gastric tubes, a broviac catheter, as well as a 6 week mega therapy treatment, and a major surgery to ‘de-bulk’ the large mass of tumour in his stomach which left him with a giant scar across his abdomen.

He has now been in remission for 9 years, which the family celebrates every year on the 24th July. Callum now has scans every 3-6 months to monitor his health and takes every medical appointment in his stride. Despite his challenges, Callum is a normal everyday kid who loves playing Xbox, riding his bike with his friends, and trying new and different things. He recently picked up his first ‘paid’ job by posting a letter to the neighbour with an offer to walk their dog. Instead he was given the task of feeding their fish!

Callum is an avid dancer – he takes tap and ballet and is in his school dance club. He also loves the story of the Titanic and can randomly quote facts he’s learned through reading and researching it. His favourite foods are chicken kiev and hot chocolate. allum loves the idea of being a fashion designer when he gets older. Callum has already started designing, with rough sketches of clothes, and drawings of his first store which he keeps in a file. He has a business name ready to go for when the time is right.

Callum is very family orientated – he loves hanging with his mum, his siblings, and his Grandparents. He loves taking his dog to the beach with this Dad, when he’s visiting his Dad every Friday night.

Since 1968 Western Australians have raised over $349 million through Telethon for the kids of WA.

The money raised has helped make significant advances in treating some of the life threatening diseases that face our children today. Telethon also provides equipment, resources and critical services for children across Western Australia.